Today the last deadline to phase out animal testing for cosmetic products in Europe enters into force. As of today, cosmetics tested on animals cannot be marketed any more in the EU. Cosmetics Europe, the trade organisation representing the European cosmetics industry, regrets the ban ignores the reality that science is not yet ready to bridge existing knowledge gaps.

The European Commission has announced, in a communication adopted today, the entry into force of the full marketing ban of cosmetic products for which test on animals have bee performed.

Testing finished cosmetic products on animals has been prohibited in the European Union (EU) since 2004, as with animal testing of ingredients since 2009. In addition to these prohibitions, after March 2009 there has been a marketing ban on selling cosmetic products within the EU containing ingredients that have been tested on animals after this date, irrespective of the place of testing. However, some very complex tests [1], for which there is currently no alternative method available, the deadline for the marketing ban was extended to 11 March 2013.

According to European Commissioner in charge of Health & Consumer Policy, Tonio Borg, this decision “gives an important signal on the value that Europe attaches to animal welfare.”

The European Commission deemed that, despite the difficulties linked to the lack of alternative methods for replacing certain of the tests that are required to ensure the safety of consumers, maintaining the 2013 marketing ban was preferable to the other options: postponing it or introducing a derogation mechanism for innovative ingredients with a significant added value to consumer health, well-being and/or the environment.

“This is in line with what many European citizens believe firmly: that the development of cosmetics does not warrant animal testing” the Commission says. “If product safety cannot be demonstrated the product simply cannot be placed on the market,” it adds.

In the same time, the Commission intends “to continue supporting the development of alternative methods and to engage with third countries to follow our European approach.”

The Communication published today outlines the Commission’s contribution to the research into alternative methods and the recognition that these efforts must be continued. The Commission has made about 238 million euros available between the years 2007 and 2011 for such research. The cosmetics industry has contributed as well, for example by co-funding with EUR 25 million the SEURAT1 research initiative, a five year research initiative, which was launched to develop a consistent strategy for the replacement of in vivo repeated dose systemic toxicity testing.

In order to continue these efforts, the Commission will engage with stakeholders to define the research priorities going ahead and the best implementation instruments which, for example, could take the form of a new public-private partnership.

Cosmetics Europe, the organisation representing the European cosmetics industry, said the entry into force of the marketing ban for cosmetic products containing ingredients tested on animals ignores the reality that science is not yet ready to bridge existing knowledge gaps and that non-animal alternatives cannot address all ingredient safety questions. “The ban acts as a brake on innovation for the European cosmetics industry while achieving little to improve global animal welfare,” claims the trade organisation in a release.

“It is our hope that today’s deadline will provide the impetus for even greater collaboration between our industry’s scientists, regulators and the wider scientific community. This will be vital to address those challenging areas where non-animal tests are not yet available to assure safety. Since we will not compromise on safety, there will be innovations that will not be available to European consumers first in future,” commented Dr Chris Flower, Director-General of the CTPA, the UK cosmetic trade association.

As far as animal welfare NGOs are concerned, comments were very positive. “With the sales ban, the EU becomes the world’s largest cruelty-free cosmetics market,” said the Humane Society International in a release. The organisation now aims at replicating the EU testing and sales bans around the world. 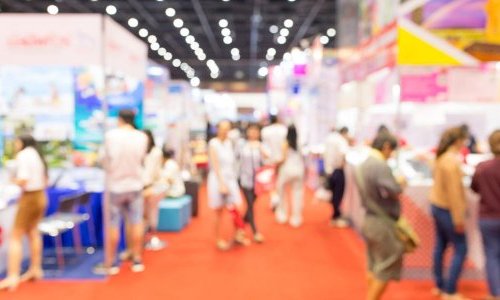 Easyfairs partners with MIND Exhibitions to launch Connect in Pharma