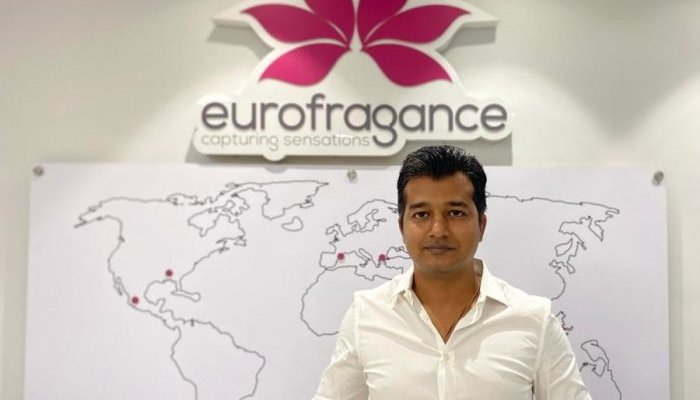 The Spanish fragrance creation company is moving forward with the consolidation of its own offices in India. Eurofragance has appointed Mayur Kapse as General Manager India with the aim to accelerate its growth and consolidate its expertise in this key growth market.

“Mayur Kapse has extensive experience in the sector and in-depth knowledge of the Indian market, which makes him a fundamental part of the company’s journey to growth in the country. His technical and commercial skills enable him to understand the various complexities and applications of fragrances,” said the company in a statement.

Eurofragance has been working with Indian companies for years and is now collaborating with a partner manufacturer to locally produce fragrances for the Indian market thus offering greater proximity to clients and faster delivery times.

Mayur Kapse will head the groups offices in Mumbai, dedicated to commercial and development activities. Mayur Kapse has stated that his vision for the growth of Eurofragance India “focuses on building a strong creative team to support clients throughout the product creation process and to offer a global perspective in all categories. With the help of the Eurofragance global strategy team, we can achieve this in just a few years”.

“India is a very diverse country, and consumers’ preferences differ according to geographical area. In the South, they tend to have more traditional tastes, while consumers in the North prefer more modern, western notes. That is why it is so important to understand how culture plays a fundamental role, so that we can adapt to different regional realities,” he added.

Headquartered in Barcelona, Eurofragance has a local presence in over 60 countries and sells across five continents. It operates directly on an international level in Turkey, Mexico, Dubai, Singapore, India and China, and has production plants in five of these countries (Spain, Mexico, Singapore, India and China). It also has regional offices in the Philippines, Indonesia and Taiwan. The company had a turnover of 90 million euros in 2019 and it employs more than 360 professionals.