Ethical sourcing and biodiversity: rising values within the cosmetics industry

An interview with Rik Kutsch Lojenga, Executive Director of the Union for Ethical BioTrade (UEBT), which is organising on the 12th of April in Paris a conference on how the cosmetics industry respects biodiversity within its sourcing practices.

Premium Beauty News - The UEBT has repeatedly drawn the attention of cosmetic manufacturers on the notion of ethical sourcing. In 2010 you were stressing particularly on the lack of credibility of the cosmetic industry on this issue. How have things changed since?

Rik Kutsch Lojenga - In 2010 we did indeed highlight that consumers have a very low trust in the cosmetics sector (30%) practicing ethical sourcing. Over the last years these figures have not really improved. However, we do see an important prise de conscience in the cosmetics sector. Various brands have intensified efforts on ethical sourcing. Biodiversity is also becoming more important in their corporate and other communication. From 2009 to 2011 the percentage of companies of the top 100 beauty companies that mentioned biodiversity in their corporate communications went up from 13 to 27%.

Premium Beauty News – Involving the private sector in the protection of biodiversity, is also an important part of your partnership with the Secretariat of the Convention on Biological Diversity. What are your plans?

Rik Kutsch Lojenga - For 2020 the Convention on Biological Diversity (CBD) has set an ambitious target to raise public and private sector awareness on biodiversity. Through its Biodiversity Barometer UEBT supports the CBD Secretariat in measuring this target. Another important goal for 2020 is putting in practice principles on access to biodiversity for research and development, as well as equitable sharing of resulting benefits. Through its hands-on work with companies on this issue, UEBT also makes a contribution to realising this target.

Premium Beauty News – Your barometer on the awareness of biodiversity now covers nine countries, including India, Peru and Brazil. What are the main trends?

Rik Kutsch Lojenga - The results of the 2012 edition of the Biodiversity Barometer will be presented on 12 April during our annual conference. We are currently analysing the results, but overall we see an increasing awareness on biodiversity at the level of the consumers and private sector in the surveyed countries. With this awareness, consumer expectations regarding companies’ sourcing practices are shown to be growing as well.

Premium Beauty News - In Europe, do economic uncertainties weigh on these issues?

Rik Kutsch Lojenga - Yes, this is certainly having an impact. Companies are focusing on economic variables, and are cautious to engage in new initiatives. Yet, there are also opportunities. In these challenging times a commitment to ethical sourcing may further bind the consumers giving them something to feel good about. We also see that companies are looking for growth outside Europe in emerging markets. In these markets, like is the case in Brazil, biodiversity is an important aspect of ethical sourcing.

Premium Beauty News – You are organizing in April in Paris a new conference intended for the beauty sector. What will be the main themes?

Rik Kutsch Lojenga - Our 2012 Beauty of Sourcing with Respect conference will explore sustainability trends in emerging markets. There will be an opportunity to learn about concrete initiatives of companies such as Symrise Brazil and Laboratoires Expanscience to mainstream ethical sourcing of biodiversity in their operations. Examples of the strong links between biodiversity and innovation will also be presented in the conference, including initiatives in the Amazon, led by Natura Cosmetics, and in Southern Africa, promoted by Phytotech. 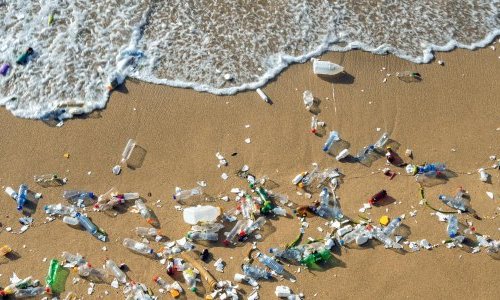