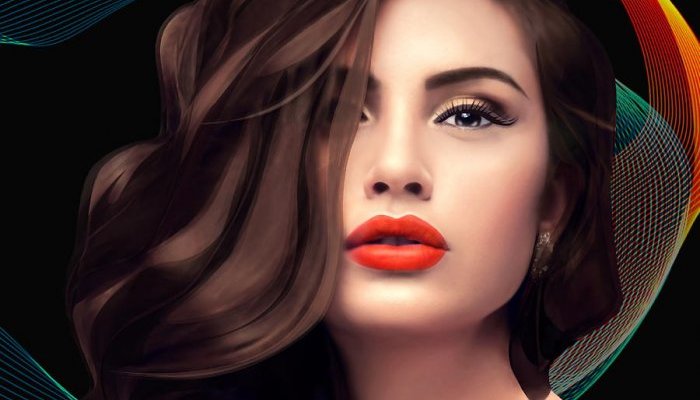 Reactive oxygen species (ROS) have long been known as one of the major factors contributing to premature aging. They cause the oxidation of cellular molecules, leading to DNA damage and impairing the function of cellular proteins. Eventually, this reduces cell viability and survival and in particular in hair follicles, this causes a shortening of the anagen growth phase and ultimately leads to hair loss. Mibelle Biochemistry has developed SantEnergy™ to energize hair follicle cells and protect them from the harmful impacts of ROS.

Besides the skin, also the hair and scalp are exposed to a range of harmful factors daily. Many of these cause the formation of reactive oxygen species (ROS), which further damage cellular proteins and lipids, but also cause oxidative DNA damage in the sensitive hair follicle cells. The hair follicles possess a defense system in order to remove ROS and protect the cells from protein and lipid oxidation as well as oxidative DNA damage.

The master regulator of the oxidative stress response, Nuclear factor erythroid 2-related factor (Nrf2), functions as a switch to activate the synthesis of antioxidant enzymes and to replenish the pool of cellular antioxidants such as glutathione. In the scalp in particular, Nrf2 was shown to be activated upon stress and to decrease ROS levels and prevent lipid peroxidation. Thereby, Nrf2 activation reduces the premature progression to the catagen growth regression phase and ultimately ameliorates hair growth inhibition caused by oxidative stress. However, this cellular self-protection system is unable to cope with an excess detrimental chemical species and its activity was shown to decline with age.

To support the cellular self-protection system, prevent UV-induced oxidative damage and energize the hair follicles, Mibelle Biochemistry has developed SantEnergy™ based on a polyphenol-rich extract from the wild harvested aerial parts of Eriodictyon californicum, a plant also known as Yerba Santa, holy herb or mountain balm. The leaves of this plant have traditionally been used to treat upper respiratory infections and asthma and it has numerous recorded health benefits including antioxidant, anti-inflammatory, anti-bacterial and neuroprotective effects.

Several in vitro studies have been performed to investigate the effects of SantEnergy™. They showed that the active has a caffeine-like energizing effect by engaging the adenosine receptor, which is also the molecular target of caffeine. This stimulating effect was also observed upon treatment of the nematode C. elegans with SantEnergy™, which led to an increase in the worms’ mobility comparable to treatment with caffeine. Cell-based assays proved the strong antioxidant activity of SantEnergy™ both at the cell membrane and inside the cell, which was comparable to that of pure quercetin, one of the most well-known and powerful antioxidants.

The beneficial effects of SantEnergy™ were further studied in isolated human hair follicles, a full mini-organ model that is ideally suited for such investigations. In the isolated hair follicles, UVB irradiation led to the depletion of Nrf2 in various distinct areas and an increase in oxidative DNA damage, reflected by the formation of the oxidative DNA adduct 8-hydroxydeoxyguanosine (8-OHdG). Treatment with SantEnergy™ increased the expression of Nrf2, thereby supporting the cellular self-protection system of the hair follicle cells, while also preventing the oxidative DNA-damage caused by UV radiation. As a result of the oxidative stress, hair follicles had prematurely transitioned to the mid to late catagen phase of the hair growth cycle upon UV radiation. Treatment with the active ingredient prevented this premature transition to the growth regression phase and thereby delayed the aging of the hair follicle, which is generally associated with hair loss.

A clinical study was performed in order to prove the efficacy of SantEnergy™ to reduce hair loss. 56 volunteers suffering from hair loss (45 women and 11 men; aged 18 to 68 years) were enrolled and separated into two groups: one group applied a hair serum containing 2 % SantEnergy™ once daily on the scalp for five months, while the other group used a corresponding placebo product. A cosmetic trichogram was performed and the analysis showed that the active ingredient induced a reduction of telogen hair by 20% and an increase of anagen hair by 31.8%. This led to an overall increase of the hair growth coefficient, the anagen to telogen ration (A/T ratio), by 68%. As the A/T ratio is a direct indicator of the proportion of actively growing hair follicles, it directly impacts on the hair density. A measurement with the Trichoscan® microcamera confirmed this: the hair density increased by 13.1% after five months of treatment with SantEnergy™.

In conclusion, SantEnergy™ is a powerful active ingredient which energizes the hair follicles and protects them from oxidative damage by upregulating the cellular antioxidant system. Together, these beneficial effects protect the hair from photo-aging and ultimately increase hair growth and density. 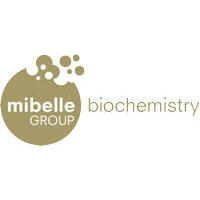 Inspired by nature, realized by science. Since 1991, we are innovating for your success.

At Mibelle Biochemistry, our mission is to design the most innovative actives for our customers.

Innovation is the most important factor as it enables them to deliver new claims, new efficacy tests, new applications, new biochemical findings, as well as new marketing and communication tools to effectively differentiate products.

All of our actives are supported by a biochemical concept, clinical studies - in vitro and in vivo - and considerable marketing documentation, which includes convincing selling tools, formulation guidelines and advantageous claim substantiation.

28 years of experience in high-end development of acitves for the cosmetic industry.

GlowAGE™: prevents and reduces glycation in the skin for a rejuvenated and radiant appearance.