Lulu Castagnette, the brand with the famous teddy bear logo and targeting the 10 to 15 years of age, already has its fragrance line, and will be rolled out soon in the make-up segment thanks to De Bruyère. An opportunity for Premium Beauty News to have an update with Charlotte Catton, co-founder and President, on the ambitions of this young company.

For De Bruyère, a start-up created in 2009 for the development and marketing of licensed cosmetic lines, good news seem to come one after another. After the success of the first Lollipops Make Up collection and the welcome around the Summer 2011 collection, it is the signing of a licensing agreement to develop a cosmetic line under the Lulu Castagnette brand name that rejoices today both Charlotte Catton (a former executive of Parfums Guerlain and of SGD) and Marie Puech, managers of the company.

Since its inception, De Bruyère has assigned itself with the mission to transcribe in the cosmetics universe the DNA of brands seeking to diversify their activities into complementary areas to that of their original market. "Many brands are looking for partners to help them develop their businesses in other distribution channels, but they don’t want to lose their soul and are very attentive to quality", Charlotte Catton explained.

Thus, De Bruyère has developed and marketed two lines of private label make-up products for distributors, and launched last year, the Lollipops Make Up line, now on the shelves of more than 150 outlets in France (Lollipops outlets, Douglas, Beauty Success and Trupheme networks), in Italy (Marionnaud), in Portugal (Douglas), in Morocco and shortly in Spain, Russia and Australia.

"Our added value for small projects stands in our ability to manage the entire process, from development to commercial distribution, including production, regulations, POS advertising, marketing consulting, ..." De Bruyère selects and coordinates the work of the different players involved with the aim to promote European quality. "For instance, the Lollipops Make Up line is entirely made in France or in Italy", emphasised Catton.

Among privileged partners of the firm, HCP, Chromavis and Fareva for product and packaging development and La Vache Noire for the design.

"I must admit I was pleasantly surprised by the commitment of all the suppliers involved in the development of the first Lollipops Make Up collection, when it only concerned at the time very small volumes." A situation very favourable to emerging brands which, according to Charlotte Catton, is quite specific to the make-up segment. "In order to stimulate their brands, even market leaders resort to ephemeral collections resulting in one-shots for suppliers, who have managed to adapt to such production requirements. I also believe that, to counter competition from Asian suppliers, the strong point of European companies lies in their responsiveness," she added.

A third brand in focus

In the immediate future, a third collection is underway for Lollipops Make Up. For this brand alone, De Bruyère expects a turnover of 500,000 euros in 2011.

Next objective for Charlotte Catton, "a partnership with a designer’s brand for the development of a prestige line, complementary to our other brands." 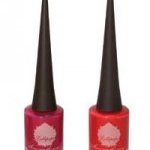