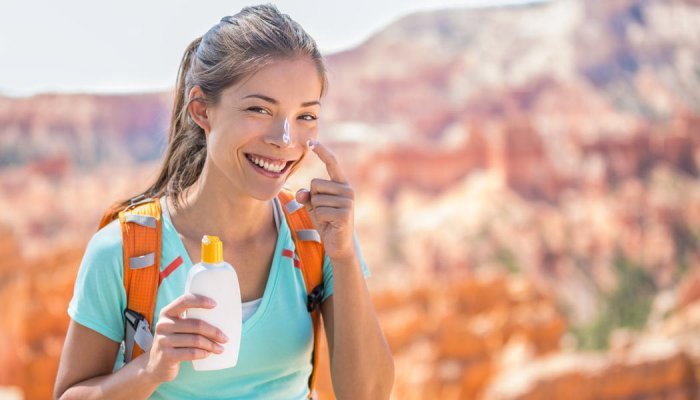 Nature is full of riches whose benefits for skin and health have been exploited for thousands of years, but that doesn’t mean that all have been revealed to the public. Such is the case with turmeric, one of whose components could eventually be used as a new sun filter to fight against the harmful effects of ultraviolet rays, according to a recent study.

While health specialists do reiterate the importance to use an effecient protection against UV in the event of prolonged sun exposure, the demand for more natural sunscreen products is also rising among consumers, as for all personal care categories. This is a problem that brands have taken on board, gradually adapting their formulas to meet the expectations of consumers while offering the highest level of protection possible.

But that hasn’t stopped scientists from continuing to search for potential new natural molecules, which could protect the skin even more effectively against the harmful effects of ultraviolet rays. A recent study [1] has brought to light an unexpected ingredient that could do just that, and in so doing contribute to the fight against skin cancers, which have been on the rise over the last few years, as well as against photoaging: turmeric.

A UV filter for the future?

Turmeric is already known for its antibacterial, anti-inflammatory and healing properties, which help in the fight against eczema and psoriasis. It is, more particularly, one of its molecules, curcumin, which proves to be an interesting aid for several skin problems. And it is precisely this active ingredient that American researchers have paid attention when seeking out the sun filter of the future.

Conducted on rodents, their study confirms the anti-inflammatory effects of curcumin on the skin, and highlights "its potential as a photoprotective adjuvant when delivered through nanoparticles." A process intended to overcome some limitations of curcumin observed by researchers in previous studies, including its low aqueous solubility and rapid degradation in vivo. The substance is still far from being incorporated into everyday products. However, in view of these encouraging primary results, the scientists now wish to go further to determine whether the active molecule could be used as a sun filter.

In an interview with Dermatology Times, Adam J. Friedman, a professor at George Washington University, who participated in this American study, is enthusiastic about these results and already sees the potential of curcumin, although the research is not yet at an advanced stage. "Ideally this would be incorporated into a sunscreen or a moisturizer that would be used in conjunction with a sunscreen," explains the scientist, who believes that another formulation would be possible as a "do-over" — meaning when you have forgotten to put on sunscreen.

Curcumin also seems to have a bright future in many applications, if this researcher is to be believed. “Today there is growing scientific evidence suggesting curcumin’s utility in the treatment of chronic pain, osteoarthritis, and inflammatory dermatoses such as psoriasis; acceleration of wound closure; and bacterial, fungal, and viral skin infections, as well as cosmetic ailments such as dyspigmentation," he outlines.