Could a chocolate a day keep the wrinkles away?

In the image-conscious and social-media-savvy modern world, where a "selfie" can be taken at a second’s notice but lasts a whole lot longer on the Internet, could manufacturers convince consumers that indulgences such as beer and chocolate are not the villains they are often made out to be?

The majority of consumers value their appearance and want to look at their best from day to day. According to the Canadean global survey of 2015, 40% of consumers say that their appearance is quite important and a further 30% say it is very important. With the ever-increasing popularity of social media and in particular the rise of the "selfie," 40% of global consumers say that their appearance in photos and images is quite important and a further 25% feel that it is very important. While surgical enhancements are always an option, they are not without risks and expense. What if a food or drink product could offer to help turn back time instead?

In recent years we have seen the emergence of "beauty" candies and other oral supplements that promise younger-looking skin from within. Often containing ingredients claimed to enhance appearance such as collagen, biotin, coenzyme Q10, and aloe vera, these candies - much like multivitamins - are hoped to be taken up by health-conscious consumers as dietary supplements. Looking to cash in on the notion of offering beauty solutions from within is the 2015 UK launch of Esthechoc Cambridge "beauty" chocolates.

The idea of a boxed chocolate offers a potentially premiumized product that could attract the interest of consumers willing to spend a little more for a beauty product that claims to be science-based. Among the features of the chocolates is the claim that it is "the world’s first nutricosmetic with a strong, scientifically proven impact on the metabolism of ageing skin." The chocolate is said to have a combination of "highly potent active substances: astaxanthin (the most powerful antioxidant known to science) and Cocoa polyphenolic epicatechins." As if the proposition of treating oneself and potentially restoring youthful good looks was not enough encouragement, further enticement could be had from the backing of "10 years of research by Cambridge (UK)."

2015 has also seen the launch of Suntory’s collagen-infused beer. Among women, beer has traditionally been seen as a calorie-loaded beverage and more of a "ladette" than "ladylike" indulgence. The new Precious beer in Japan, however, is aimed at women who care about their appearance and is claimed to offer two grams of collagen in every can. While collagen is nothing new to cosmetics designed to plump, firm, and rejuvenate the skin, the addition of the ingredient to a drink - and specifically a beer - could well shake things up in the beer segment.

The idea of guilt-free indulgence is something that could help to win over consumers who are bombarded by messages in the media about the benefits of beauty and the dangers of over-indulging on the "bad stuff" - namely chocolate and alcohol. According to the survey figures, 36% of global consumers say that they either somewhat or strongly agree that they would feel less guilty about consuming unhealthy food and drink if they contained a healthy ingredient. In an age of acute awareness that what we put into our bodies can ultimately make or break us, manufacturers could hope to destigmatize beer and chocolates by touting the beneficial aspects and inclusion of ingredients that appeal to a "selfie"-savvy generation who are ever-visible on social media. 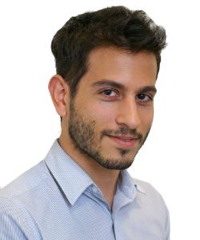 Since 2011 I have worked as part of the Canadean Product Launch Analytics team, which is dedicated to tracking and reporting new and innovative product launches across the globe. My work on Product Launch Analytics has given me the opportunity to travel internationally and meet manufacturers and distributors as well as providing me with a good understanding of the FMCG industry.

My specialist area is personal care with a leaning toward male grooming and tobacco, for which I have authored category-specific content and have utilized my knowledge of German in conducting research for the FMCG markets in both Germany and Austria.