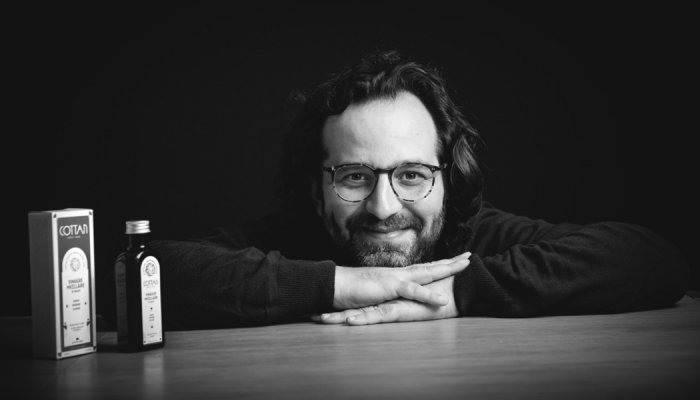 Founded in the 19th century by Jean-François Arsène Cottan, the company initially highlighted the benefits of simple cosmetic routines consisting of vanishing creams or beauty vinegars based on natural ingredients. This approach echoes today’s trends and, according to Ganaël Bascoul, who chose to give the brand a new life, it justifies the return to this art of formulation.

One day, as collector Gaël Bascoul was taking a deep plunge into the past, he came across old formulas handwritten by Jean-François Arsène Cottan, a chemist and cosmetologist who worked with Guerlain and Molinard, in the middle of the 19th century. Gaël Bascoul had already founded the brand Monsieur Barbier, so he immediately saw an obvious opportunity to awaken a precious, much contemporary intellectual heritage.

Helped by Jean-Claude Le Joliff, the President of La Cosmétothèque, a website designed to preserve and retain cosmetics sciences, techniques and know-how, he works on reinterpreting formulas based on the foundations imagined by the renowned chemist.

“We restore a heritage which corresponds to today’s trends. Clean Beauty is hailed as a new phenomenon, but it was actually the basis of cosmetics in the 19th century. Mr. Cottan also promised his products were compatible with delicate skins, as they moisturized them and did not make them dry out. From the first findings, and every time we discovered a product, we could not but be captivated by the modernity of his work and acknowledge, with much humility, that what we had was a bit of our history which had unfairly fallen into oblivion”, says Gaël Bascoul.

The development of the range revives one of the main principles of the Cottan routine, i.e. cleansing, exfoliating, and moisturizing: hygiene fundamentals as a skincare base.

“One of the aspects which caught our attention was that the simplicity of the approach could not but make us think of others which, much later, were based on the same three key gestures: cleanse, tone up, and hydrate”, adds Jean-Claude Le Joliff.

As a consequence, the formulation laboratory follows this guiding principle: few products – three, so far – with simple formulas based on the concepts of the past and carefully selected safe ingredients. The range is composed of a cleansing soap based on plants, an exfoliating micellar vinegar with fruit acids, and a moisturizing vanishing face cream.

The vanishing cream, as opposed to the cold cream, offers the softness of a light, non-oily texture. “This revived formulation skeleton results in galenic forms that had been forgotten”, says Ganaël Bascoul.

The brand reinterprets and modernizes original formulas. This mosaic of the past also inspired an identity, with Art Deco visual codes and packaging based on vintage materials. The beauty vinegar bottle is made of glass, a refill project is under study, and the face cream is packed in an aluminium tube which reminds of ointments, and fitted with an octagonal cap made from recycled plastic.

A brand anchored in the present

Since they were launched in 2021, the Cottan Paris 1840 products have seduced not only French consumers on the brand’s e-shop and at the Printemps department store, but also foreign markets: the brand is settling in Korea, Hong Kong, and Taiwan.

To the founder, it just shows the interest in French heritage and innovation, and it conveys the idea of a “niche cosmetics segment based on different principles” which, just like on the perfumes market, puts an emphasis on heritage brands.

In Europe, they are available for about 20 to 40 euros, which remains affordable for a high-end design.

To keep restoring this beautiful past, Ganaël Bascoul aims to update the rest of his precious catalogue. The next projects will involve a cleansing powder based on peony root to be rehydrated. “Powder products were much common at that time”, explains the founder. There will also be a plant-powered oil for healthy skin, a blend of floral waters… A “new Art of the Formulation” inspired from the past is under way. 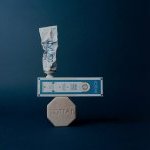 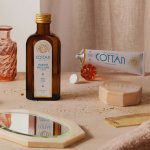 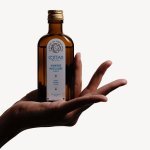 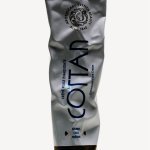