Premium Beauty News - What was the outcome of the year 2010 for your business?

Javier González - In 2009, Cosnova’s growth rate reached 26%. It was an outstanding result in a year of a recession. Looking back at 2010, one’s can only say it has been even more impressive. With net sales of 133.3 million euros in 2010, the previous year’s annual results have been surpassed by 46%.

We had great results with our two brands: Essence and Catrice. Our whole portfolio has grown in a fantastic way. Essence reached a 23.7% market share in volume in Germany in 2010. Nearly one out of four pieces in the German market altogether are from Essence by now. The historical market leader Maybelline Jade is at 15.8 %. However, in value Maybelline Jade remains the leading brand in Germany with a 23.1% market share while Essence ranked third with 9.7% (AC Nielsen), very close to the second brand, L’Oreal, with 10.0% value share.

Premium Beauty News - What were your most successful launches in 2010?

Petra Schönegger - Our colour category, which consists of many products, grew very strongly. Actually, each year we launch a total of new products reaching up to 50% of all our SKUs.

One very successful product launch for Essence was the Studio Nails line, which is a kind of sub-category within the nail-art segment. It consists of stickers in different patterns and designs that can be easily stuck on the nails to get a professional studio quality just in a minute, at home and much cheaper.

In 2010, one of our big projects was also the complete relaunch of the Catrice brand, with a high quality approach, new packaging and a selective range of products representing our high competency in the colour segment. Around 65% of the assortment was substituted and we expect to finish the whole relaunch within a few weeks.

Premium Beauty News - And what about product innovations in 2011?

Petra Schönegger - Essence is launching My Skin, a new skin care line dedicated to young skin needing moisture and intensive care. The My Skin line (9 SKUs in total) consists of cleansing and caring products, as well as special items such as moisturizing masks. The My Skin products will be on counters from the middle of March 2011.

Another innovation, Better Than Gel Nails, will be launched in 2011. It’s the second launch within our Studio Nails line. Using a special kind of nail polish Better Than Gel Nails gives a French manicure gel-look up to 10 days without the disadvantages of real gel nails from a studio for example. It’s very easy and healthier for the nails because there’s no need to even or treat the nail surface and to use a UV lamp, it can be applied at home and quickly removed with our remover.

Other new decorative cosmetics are on the way: new mascaras, new gel eyeliners and new lip glosses. In the context of the Catrice relaunch we will also bring onto the market series of new blushers, powders, mascaras, etc.

Premium Beauty News - Are there new investment plans and/or developments relating to processes?

Javier González - We have invested - and will invest further on - several million euros on display stands (our model is called “Beauty Shop”) designed for the point of sales. We have upgraded all the Essence display stands last year in Germany and other German-speaking countries and the results were so satisfactory that we are rolling out this new displays world-wide by the end of 2011. And in the course of the Catrice relaunch we will also launch a new “Beauty Shop” in Europe in 2011.

Premium Beauty News - Last year Cosnova has established its first retail shop in Offenbach. What is the outcome of this test?

The Offenbach shop has been a beautiful window and source of inspiration for our company. For example, it helped us to successfully launch Essence and Catrice at Douglas with excellent results.

We are looking at a couple of further developments. One of our new ideas is to have an outlet at a high-traffic place in a big German city. Ye, in 2011 we will try some new ideas on the retailing front!

Premium Beauty News - Cosnova has gone live with Ulta and H-E-B in the U.S., and with the South-African retailer Clicks.

Javier González - We are extremely happy with both countries. Ulta was the perfect retailer to get started in the U.S. where there is a strict separation between mass and prestige retailers. Ulta is inventing something in-between, a bit along the line of Müller in Germany. We are continuing to grow our sales at Ulta and H-E-B, and Ulta will test to double our display space in 2011. We are launching at a third retailer, Fred Meyer, in May 2011.

Clicks was also a great retailer to start with in South-Africa because of its dominant and prominent role in the market. We have launched in most of the points of sale last year and we are rolling out the last 100 outlets this year. We believe after that roll-out we are going to be the number two brand after Revlon in value market shares. For both markets (North America and South Africa), we have created several SKUs targeting black and Latino skin types.

A real highlight for us was Italy. Early 2010 we launched at Oviesse, a clothing retailer also owning the department store chains Coin and UPIM. We launched in the three formats in 2010 with truly impressive results. Compared to 2009 we quintupled, our sales in Italy last year. It was eye-opening to see a distribution channel like clothing retailing, which was not a focus channel for us, offering such a tremendous potential.

Premium Beauty News - What is the current status of Cosnova’s expansion plans in the Middle East?

Javier González - By now we launched in eight countries in the Middle East (4 in 2010). Looking at the political situation in the last couple of weeks, we do not expect any negative long-term implications; some countries might open up more to international trade, which could offer future opportunities. In the short term, there could be logistic disruptions, but we are monitoring the situation in close contact with our distributors, and for the time being everything is continuing as planned. We have just launched in Egypt and Yemen, two countries that have been affected by the current political changes, without any significant disruptions so far.

Premium Beauty News - What are your expectations for 2011?

Javier González - Once again, we expect a double-digit growth. We intend to remain a fast-growing company for the years to come and we see many opportunities waiting for us, geographically speaking but also from the brand point of view. 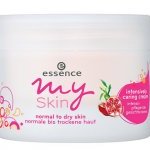 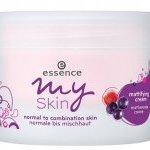 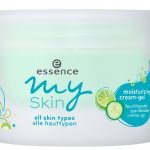 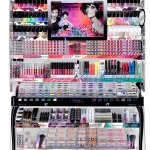 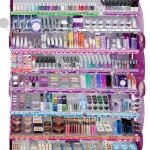 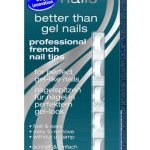 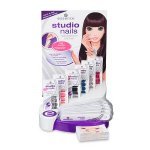