CMR: Article 15 of the Cosmetics Regulation, a weapon of mass destruction?

We have already discussed the fate of the authorized preservatives in Annex V of the Cosmetics Regulation in a previous article, so let’s now focus on the substances classified as CMR (Carcinogenic, Mutagenic, Reprotoxic), whose use is regulated by Article 15 of Cosmetics Regulation (EC) No 1223/2009. If the text on CMR-classified substances in Article 15 has not changed much since the 7th Amendment of Cosmetics Directive (EEC) No 768/76 (Article 4b), its interpretation has evolved considerably.

Indeed, since the Recast [1], the substances classified as CMR have no longer been automatically assessed by the Scientific Committee on Consumer Safety (SCCS), and their ban has actually become a silence procedure (see graph below [2]).

The cosmetic use of an ingredient is now automatically banned as soon as it has been officially classified as a CMR by means of an Adaptation to Technical Progress (ATP) [3] of the CLP Regulation.

However, a few exceptions might still be considered if the cosmetics industry pays close attention to the developments of this other regulatory framework and notifies the European Commission in time of its intention to defend the ingredient. In this case, after making sure the conditions necessary to launch this procedure have been met [4], the Commission will mandate the SCCS to draft a scientific Opinion.

The cosmetics industry has experienced several setbacks since this new interpretation of Article 15 has started to apply, and this has not been without creating a few tensions. Indeed, useful ingredients are regularly brought down, and not always due to safety issues.

As an example, the industry actually played the game in the PHMB case [6], and the SCCS Opinion was published on December 16, 2014 – two weeks before the ingredient was officially banned [7]. However, the conclusions were ambiguous, which resulted in the regulatory development getting out of control.

Although the SCCS considers the 0.3% threshold not safe, it actually suggests that a lower concentration might prove safe for use, which the industry interprets positively. However, the European Commission has declared that in the absence of any clearly determined threshold for use, the automatic ban would be enforced. And yet, this situation created some uncertainty, since the industry has kept defending the ingredient. As a result, several countries, including France, have been waiting for a final clarification to implement the ban, while others, like Denmark, have already ordered the withdrawal of products containing PHMB from the market.

After this failure, the industry still managed to negotiate two essential elements in this case. On the one hand, the uncertainty related to the new interpretation of Article 15 was pointed out, and the Commission committed to consult its legal services about the coherence between the various legislations, the automatic ban issue, the transitional periods, and the status of ‘former’ CMR substances. It should be noted that Member States themselves are in favour of this clarification. On the other hand, the Commission has accepted to wait for additional toxicological data to be submitted by Cosmetics Europe before releasing a final opinion on the PHMB case.

The case of formaldehyde

As for formaldehyde, the vigorous defence strategy of the industry helped obtain a positive opinion from the SCCS as regards its continued use as a nail hardener. Unfortunately, certain Member States like Norway, Denmark, and France, disagree with the SCCS Opinion and will not ratify the regulatory development allowing for an exemption [8]. Given this major disagreement, the Commission will draft a regulation by October 2016 to ban formaldehyde in all cosmetic products, without any exemption. Nevertheless, the Commission has insisted on the need to define criteria to assess alternative solutions, and a workshop was recently organized on this issue. This textbook case, as well as that of PHMB, was very instructive, and the Commission has expressed its will to allow for more flexibility in the future, so that the industry has more possibilities to defend ingredients.

What are the prospects?

The use of new technological solutions is a workaround that may prove efficient for many preservatives and a few key ingredients.

Talking about this, I cannot resist mentioning the latest preservative approved by the SCCS, after several years discussing its use with the industry: EcoG+. It is not a traditional preservative, since it consists of tiny phosphate glass beads containing 2% of silver [9]. These microbeads are mixed with 3% of glass beads and an adapted polymer to form a composite packaging that salts out silver ions in a controlled manner, making sure the cosmetic product is preserved.

If a mere positive Opinion from the SCCS is not sufficient to grant an authorization for a preservative, it is likely that the latter will be validated: it would then represent an interesting solution for many cosmetics brands.

[2] The real description of the process is much more complex, and I am willing to send it to any reader that will ask for it.

[3] Technical piece of legislation which modifies the Annexes in Regulation CLP (EC) No 1272/2008 (in particular Annex VI, which is at stake here)

[4] These conditions are actually difficult to meet and gain considerable importance when the CMR substance belongs to category 1A or 1B (CMR confirmed in humans or animals): the CMR substance must comply with food safety requirements, have no suitable alternative available, be used with a known exposure, and be deemed safe for use (taking into account the global exposure to this ingredient and the subpopulations at risk)

[5] Meaning, when the ingredient is added to ECHA’s Registry of Intentions

[6] A preservative authorized up to 0.3% in the finished product until then (Annex V, entry 28)

[9] Silver in its ionized form is known for its bactericidal action. 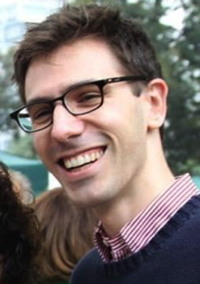 Ph.D. in Organic and Medicinal Chemistry, post-doc from the École Polytechnique (Paris), and master in management from UCL (Belgium), Fred Lebreux first joined IFRA (the International Fragrance Association) where he spent five years at the successive positions of Scientific & Regulatory Manager and Scientific Projects Manager. Recruited in 2014 by BIORIUS, the world leader of scientific and regulatory consultancy services dedicated to the Cosmetic and Dietary Supplements Industries, he worked in the scientific department before being appointed Chief Operating Officer end of 2015 to embrace more management-related functions.