Since his arrival at the head of Carole Franck in January 2012, Geoffroy de Rosamel has begun to reposition the French brand on the aromatherapy segment, its historical area of expertise, and to modernize its image, in particular by revamping the packaging of several iconic products, but also through a policy of regular launches (2-3 new product developments per year).

For the President of Carole Franck, “the products of the brand were praised for their very good quality, but were sometimes seen as a bit old-fashioned and quite expensive.” It must be said that the time had suspended its flight over the quiet place du Général Catroux in Paris in the 17th arrondissement, where is located Carole Franck’s Aromas Spa. Indeed, the brand had launched no new products since 2010: actually an eternity in the cosmetics industry where continuous innovation has become a prerequisite for survival!

Geoffroy de Rosamel therefore initiated a development program that led to renew the packaging of several products and gave birth to Okana Radiance Complexion, an emulsion for enhancing skin brightness, which is based on marine actives and oyster nacres. Four other launches should follow this one during the year.

For Geoffroy de Rosamel, a former executive of Laboratoires Pierre Fabre’s Strategic Marketing Division, the challenge is to add new features while maintaining the values of a brand founded in 1975. Today, its newly formed marketing team is working at “bringing value to the brand’s DNA by capitalising on its main singularities and adding a touch of modernity and a lot of emotions."

In the meantime, Geoffroy de Rosamel set up three main goals: to develop a marketing strategy focused on the uniqueness and effectiveness of Carole Franck products, to rejuvenate the brand image and to revitalise its business on French territory.

The French market now accounts for 20% only of the brand’s sales, which offers its two lines, in 150 beauty salons and about 80 pharmacies and para-pharmacies respectively. According to Geoffroy de Rosamel, the development of the business in France implies to strengthen the brand’s presence in beauty salons, where Carole Franck has its origins and its strongest legitimacy. A goal that requires the development of new treatment protocols and partnerships with schools and beauticians. "There are many beauticians who wish to create their own institute. At the same time, four out of ten institutes created every year are going bankrupt after one year. We need to find a way to support them.”

With regard to exports (80% of sales), the priority is the diversification of markets. Indeed, while the brand is present in 60 countries (in Europe, North America, Asia and the Middle East), Asia represents 2/3 of the export turnover, with China being the first customer. The new management wants to better exploit other markets, with the United States and Japan being the main targets.

In the mind of Carole Franck’s president, Aromas Spa at Place du General Catroux will symbolise the brand’s revival. Its front door now appears on the new packaging of all its new the emblem of Carole Franck new products. The Spa, which is a beauty salon, a boutique, and an innovative centre for the development of new protocols, is also becoming a training centre for the brand’s partners in France and abroad. A scented candle named Une balade au Parc Monceau has even been created to pay tribute to this place and celebrate the brand’s new creativity. 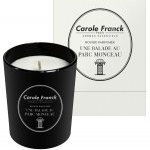 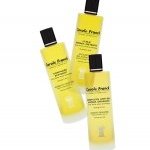