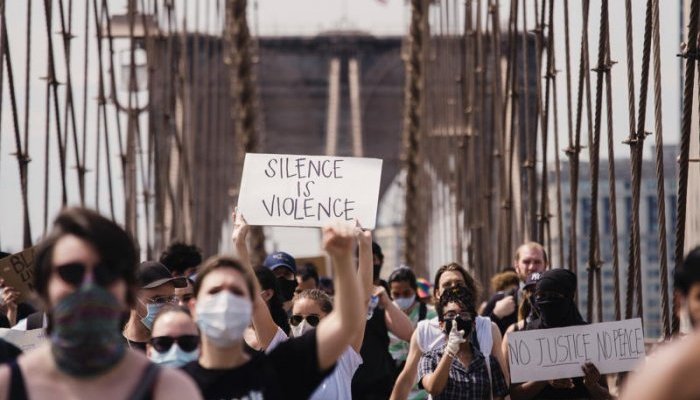 The emotion and outrage sparked by the police killing in the US of African-American George Floyd last month, which highlighted the persistence of racism in the US society and beyond, have put some consumer brands under pressure to speak out, which has proven a difficult exercise.

Major companies usually stay apart from social and political conflicts, especially in a polarized time. They tend to be afraid of offending their customers and associating their brands with sensitive subjects. But in some cases, they are forced to make a stance or even to change their practices.

In the context of the death of George Floyd and anti-racism protests, cosmetic brands came under fire regarding the stereotypes their products may convey. Criticisms pointed out “colourism”, the belief that lighter skin is somehow better. A belief that cosmetic brands have been accused of perpetuating with their skin-lightening products and marketing practices.

Hindustan Lever, the Indian arm of consumer giant Unilever, therefore announced it would rename its "Fair & Lovely" skin-lightening creams, in order to make it more inclusive and to celebrate “all skin tones".

In a statement published on June 27, French cosmetics giant L’Oréal announced it will be removing certain words - including ‘white/whitening’, ‘fair/fairness’ and ‘light/lightening’ from all its ’skin evening’ products”. The company did not give any further information on the time frame of the change, nor the specific products or markets included.

Meanwhile, US-based Johnson & Johnson has decided to move a step further and said it would stop selling some Neutrogena and Clean & Clear products, in Asia and the Middle East. “Conversations over the past few weeks highlighted that some product names or claims on our Neutrogena and Clean & Clear dark-spot reducer products represent fairness or white as better than your own unique skin tone,” the company said in a statement. The company also committed US$10 million over three years to help fight racism in the U.S.

However, whether spontaneous or not, corporate initiatives are far from being always successful in increasing personal connections between brands and their customers. Sometimes, they can generate as much criticism as the initial situation.

This is how French activist Rokhaya Diallo questioned the very fact of selling cosmetics intended to lighten dark skins. "So is it ok to continue making money on this disaster," she lamented on Twitter about the L’Oréal group’s decision.

Fashion and beauty brands that have embraced the themes of inclusiveness and diversity in recent years are now discovering that these subjects are at least as sensitive as environmental themes, and the words ‘diversity washing’ are now used to point out the brands making more communication than real efforts.

When at the beginning of June, L’Oréal claimed standing “in solidarity with the black community, and against any form of injustice of any kind”, their message was perceived as pure newsjacking: a technique which consists in rapidly launching a communication campaign to bounce back on highly publicized events. And they were accused of hypocrisy by model and transgender activist Munroe Bergdorf. Bergdorf was hired by the beauty company in August 2017 but was fired days later after a controversy over comments she posted on Facebook in response to the violence in Charlottesville, Virginia. L’Oréal finally apologized and rehired Munroe Bergdorf.

To avoid being at odds with public opinion, companies must act on these issues on a daily basis and not only when they make the headlines. Facts are more important than words: according to a 2019 report from the Boston Consulting Group, only three African-Americans and 24 women head the 500 largest U.S. companies.