Without fanfare, the Californian brand founded in 1976, has managed to make a name for itself the world over without any excessive advertising budget nor glamorous spokesmodel to help. The recipe? A clever use of the word-of-mouth and, more recently, of new media.

Early in 2010, when Shiseido announced its intention to acquire Bare Escentuals, the 1.7 billion dollars offered by the Japanese giant, provided a picture of the exceptional success encountered by this company founded some thirty years ago in San Francisco. The valorisation of Bare Escentuals, which markets mainly the make-up brand bareMinerals, is indeed just as important as that of YSL Beauty when it was acquired by L’Oréal for 1.15 billion euros in 2008. The aim for Shiseido being to reinforce its positions in North America and Europe, on a young and dynamic market segment.

In addition to North America, bareMinerals products are marketed in Europe (UK, Northern Europe, France, Italy, Spain, Portugal and Poland), and Japan. "A jar of bareMinerals foundation is sold every 4 seconds in the world", the company states.

Initially best known for its foundation products, bareMinerals has now established itself as a global make-up brand: eye shadows, blushers, lipsticks, eyeliners and mascaras. Interestingly, it is the only brand of mineral make-up coming from across the Atlantic to have successfully managed a breakthrough in Europe, beyond the United Kingdom and Scandinavia.

The reasons for this success? "Quality products and our strategy to educate consumers", explained Sophie Ifrah, Marketing Manager forBare Escentuals in France. Sold in France exclusively in Sephora outlets since 2006, it’s mostly because it took the time to explain how to use the products that the brand managed to convince French customers who were at first reluctant to try the foundations.

"We never hesitate to go over the basics of make-up. And it’s very well perceived. Women are always very much seeking for tips and advice. French women had a preconceived idea of foundation. For example, many women buy products which are way too dark for their complexion, hoping to achieve a healthy look. Actually, the foundation must be applied first, before the ’healthy glow’ product". For this purpose, the brand has a team of trainers as well as a team of make-up artists at the Sephora outlet on the Champs Elysées.

For 35 years, the Californian company has refused to hire a spokesmodel or to select predefined beauty standards. Bare Escentuals puts simplicity at the heart of its bareMinerals brand: advice suiting each woman and her skin type. The goal is both simple and ambitious: develop close ties and complicity with consumers. "Our customers must become the brand’s ambassadors because our products convinced and satisfied them. Recommendation is the driving force of our success", insists Ifrah.

No wonder then the brand is so active on social networks, where it is considered a pioneer. New media are perfectly in tune with the "marketing recommendation" implemented by the brand. "Facebook is the recommendation vector par excellence, it’s a great sounding board, a completely new relay to the shopping experience", emphasises Helene Couderc, Community Manager at Bare Escentuals France. "But this is obviously a tool you need to know how to use which is not always that easy to achieve, so sometimes appropriate external expertise is required."

But regarding make-up, the media, whose influence is growing fastest is of course YouTube. Videos where young women give their peers, short make-up courses, testing at the same time their latest purchase can reach very significant levels of audience. "YouTube is definitely an increasingly important prescription channel for make-up", explains Couderc. "The proximity effect comes fully into play."

Social networks are part of the brand’s priority investments. "This is not without risk but is consistent with our brand’s marketing logic. On Facebook, the cost per click remains particularly attractive. Especially the very specific criteria selection possibilities in terms of hobbies, tastes, enable to select targets very accurately."

Another advantage of new media is an interesting rejuvenating effect, at a time when ’digital mums’ replace ’housewives under 50’ at the heart of advertisers’ concerns. "On our Facebook fan page, the most common age ranges from 25 to 34," notes Ifrah. An average age somewhat lower than that of customers in outlets.

Beauty bloggers can obviously not be sidelined from this local strategy. "We are in regular contact with several bloggers, and with most of those in the top 20-top 40 of Wikio", Couderc indicates. And the brand is quite complimentary to them. "They are young, responsive and very reactive, but also professional, they respect the embargoes and, in addition, some are followed by the beauty press."

Besides the prescriptive influence of these bloggers, seems confirmed by the few available studies. According to Hélène Couderc, "we must act with tact, know how to be close while remaining professional and respectful." Generally speaking, brands must be careful not to be too intrusive. The readers’ confidence toward bloggers relies heavily on a close relationship, a common language and universe. Sponsored posts can be misunderstood, even if offerings to test some products are generally better welcomed.

At bareMinerals in any case, bloggers, like fans of the Facebook page, and loyal customers and newcomers of Sephora stores are all pampered by a brand that regularly offers the opportunity for customized make-up sessions in Paris and in the provinces, simply through Facebook. During these sessions, they are first asked to familiarize themselves with the foundations and their method of application. They will then be in a position to advise their friends! That is the way the virtuous circle of marketing recommendation works, according to Bare Escentuals. 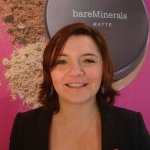 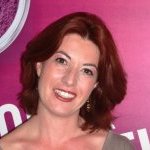