After a funding round of five million euros, which is expected to close in June, Atelier Cologne will implement a new development plan, with the aim to grow the brand as the leader of the “niche fragrances” segment. First on the agenda: the opening of new boutiques, the development travel retail sales, and new product developments. Eventually, the brand wants to double its revenue in 2015.

This is a beautiful story that begins in 2006 when Sylvie Ganter met Christophe Cervasel in New York. One year later Atelier Cologne - the first Maison de Parfum dedicated entirely to cologne, the legendary fragrance classic - was born. For the first time, citruses - the traditional ingredients of a cologne - were blended with the most precious raw materials in perfumery to create original creations with evocative names such as Orange Sanguine, Rose Anonyme, Vétiver Fatal, Bois Blonds, Santal Carmin, Vanille Insensée, Cédrat Enivrant, Pomelo Paradis, etc. Thanks to a very high concentration of essential oils these colognes enjoy an outstanding lasting power.

Atelier Cologne was launched in 2007 in the United States in a very selective high-end retail network of department stores, including Bergdorf Goodman in New York and Neiman Marcus in all major US cities. The brand currently generates 20 million euros (17.5 million US dollars) in retail sales, about 7 million euros (6 million US dollars) at the company level. The brand is now available in 26 countries and 300 stores, including four own stores in Paris and New York.

After having doubled its turnover in 2013, the brand has increased its sales by +75% in 2014. Atelier Cologne makes 15% of its sales in France, 20% in the rest of Europe and in Russia, 35% in the United States and Canada, 14% in Asia, including China, 10% in the Middle East and 6% on the internet. In total, more than 500,000 bottles of Cologne Absolue have been sold worldwide since the creation of the brand, which has been profitable since its very first year and every year since.

However such a growth needs to be funded! After having sold their respective apartments in order to finance the first steps of the brand, Sylvie Ganter and Christophe Cervasel found four business angels whose contribution allowed the opening of the Paris boutique in 2012. In 2013, a capital increase of 2.5 million euros was completed in less than 6 months. The company’s governance was not modified, however the board was strengthened with the participation of strategy, retail, finance and emerging markets experts.

From June 2014, a new round began with the aims to raise 5 million euros and to welcome a strong financial partner, interested the growth potential of company and able to support the brand in the long term while allowing the founders to keep a majority stake in the company. After several months of discussions, an agreement was reached with the Extendam, a private equity fund that decided to invest 2.5 million euros in the company. The pool of the initial investors brought 1.5 million euros more and, according to the founders, new entrants would have subscribed the last million already. The company’s aim is to close this fundraising round before the month of June 2015

These new resources will enable Atelier Cologne to deploy the next steps of its development plan and, first of all, to open new stores and thus to stimulate the sales in all the other channels. Among the cities under consideration are: Hong Kong, Seoul, Shanghai, Dubai, London, Cannes, Paris (left bank), New York, San Francisco and Los Angeles. Other actions include the strengthening of partnerships with historical customers, the development of sales in the travel retail channel, the strengthening of the website and of online sales, as well as several new product developments planned for 2015, 2016 and 2017.

Atelier Cologne once again forecasts to double its turnover in 2015 to reach a volume of retail sales of 40 million euros, and to reach the 100 million euro bar soon, thus becoming the leader of the niche fragrances segment, which currently represents 4 to 5% of the global selective perfumery market.

"With the emergence of the niche fragrances segment, which washed over department stores and the most prestigious beauty store concepts, authentic perfume houses could represent 20-25% of the global market soon," said Christophe Cervasel, Chairman and CEO of Atelier Cologne.

Atelier Cologne’s innovative concept, the quality of their ultra-selective distribution, their customized products and their solid financial base, are first class assets that should help the brand to achieve its goals. 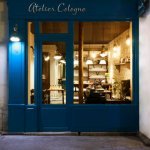 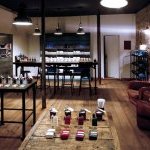 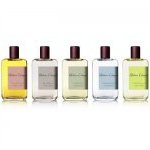 ADF & PCD and PLD Paris are preparing an exceptional 2021 edition 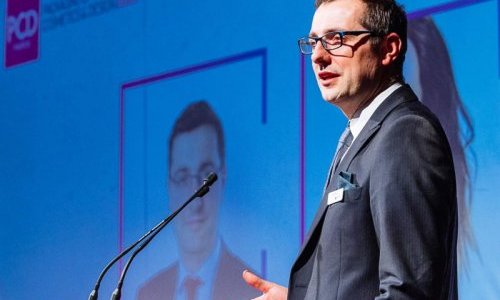