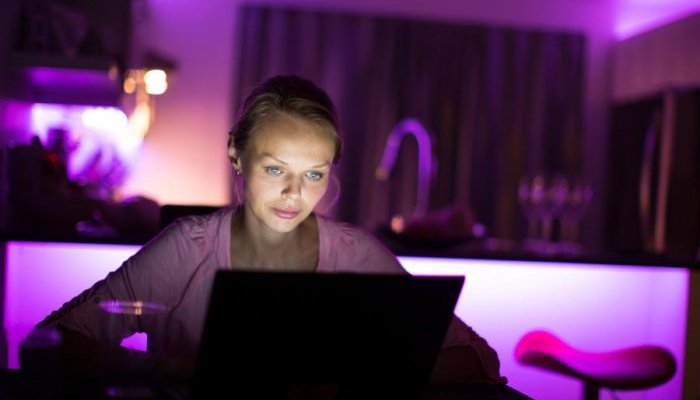 The light emitted by the screens of our cell phones or laptops would not damage our skin, contrarily to recent public discourses. According to a recent research led by Ludger Kolbe, Ph.D., Chief Scientist of Photobiology at Beiersdorf AG, the impact of artificial blue light sources on the human skin has been exaggerated and would be negligible compared to natural sources.

As the number of hours people are spending in front of laptops, smartphones, and TV screens has increased, particularly during the coronavirus pandemic, conjectures and concerns about the effect of these sources of artificial light on the human health have been rising too.

The effects of the blue light from the sun are well known, this is why there is suspicion that the artificial screen variant might also damage the skin. However, such conclusion usually lacks of sufficient evidence, said Beiersdorf in a statement.

“Public discourse has been characterized by a lack of knowledge and of scientific studies. But through our research activities, we’ve managed to prove that the amount of artificial blue light emitted during conventional use of electronic devices is nowhere near enough to trigger harmful skin effects,” explained Dr. Ludger Kolbe, Chief Scientist Photobiology at Beiersdorf.

The Beiersdorf research team headed by Dr. Ludger Kolbe has investigated the subject of artificial blue light [1]. According to the German scientists, spending an entire week in front of a monitor uninterrupted at a distance of 30 cm from the screen would have the same effect on the skin as just one minute outside on a sunny summer day in Hamburg at midday.

“Compared to the emissions of the sun’s natural blue light, those of artificial blue light are virtually undetectable. The effect on the skin is negligible, which means concerns about negative impacts on the skin are unfounded,” added Kolbe.

According to Beiersdorf, the discussions surrounding artificial blue light should not distract from the actual effects of natural blue light, which have been proven by many years of research. Indeed, visible light accounts for about 50 percent of solar radiation, one-third of which is natural blue light. It penetrates much deeper into the skin than UVA rays, which make up just 5% of sunlight.

The same study has also verified the protective effect of antioxidant ingredients such as licochalcone A, which is used in several products from Beiersdorf, including nearly every Eucerin sunscreen products as well as in the Sensitive-Allergy and UV Face range of Nivea Sun products.