It took the Ancorotti family, father and daughter, just two years, to place their company at the forefront of global mascara producers. With a forecast turnover this year of 11 million euros against 0.9 million in 2009 and 5.5 million in 2010, the development of this Italian firm is a model of its kind. Explanations from Renato Ancorotti...

To cope with growth

It is now official! Ancorotti Cosmetics has just acquired a new 1,000 sqm building just in front of its current production unit located in Crema, an hour away from Milan. The aim of the operation being to relocate the storage of products and to dispose of a new production area in the prospect of extending the scope of production in other areas of colour cosmetics than that of mascara...

For the time being the young Italian company has to cope with its development on its favourite segment, mascara, and now, foundation. With 900,000 euros in turnover in 2009 and,... 11 million expected this year(!), the progression of the company is, to say the least, continuing at a rapid pace.

"It was the right move" emphasises Renato Ancorotti. "The latest figures on the current demand for mascara worldwide speak for themselves. According to the latest Italian official statistics, the global market is estimated at two billion euros with nearly 800 million for Europe. It alone accounts for more than 50% of cosmetic eye products and for more than 14% of the make-up segment overall. From the production side, of course, a significant part is what we call ‘captive’, that is to say, produced in house by a number of brands but the remaining part, i.e. the one that is left accessible for companies like ours, can be estimated between 260 and 345 million euros."

Not seeking to become the largest company but the best!

As for the foundation segment, its prospects are equally interesting. It could represent globally, still relying on the latest Italian statistics, some 2.3 billion euros. "The development prospects are therefore quite real," emphasises Renato Ancorotti. "Not to mention the fact that it’s our second flagship product!"

Today the Italian firm is able to produce some 3 tons/day of material (foundation + make-up + some lip gloss) at a filling capacity of over 100,000 pieces with one single team.

"But the production capacity is not enough," he insists. "We must of course be able to offer quality and innovative formulas, the whole of it with the required flexibility to meet small orders as much as larger ones.” In a word, "not seeking to become the largest company but the best!” 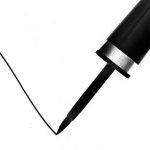 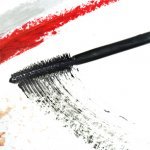 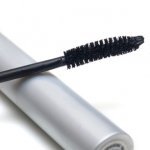 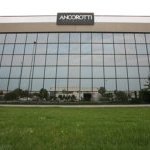