AB Cartonnages, you know? This is a very young corporation, resulting from a partnership between two Italian cardboard manufacturers, Cosmografica Albertini and Cartotecnica Goldprint, a turnover of eight million euros for the first one and of twelve million for the other. The two companies have decided to set up an a common subsidiary in France, whose sale activities began officially in early 2010 under the supervision of Eric-Stéphane Azancot (former Purchasing Manager at Selective Beauty).

And it was apparently a good idea, since six months after its creation AB Cartonnages (AB stands for Albertini and Bramucci, the latter being the name of the family owning Cartotecnica Goldprint) has managed to conquer its own share of the folding cartons and boxes segment for the French beauty industry. "We want to build a genuine and trustful relationship with our old and new customers, "said Eric-Stephane Azancot, Sales Director France. In order to strength this confidence, AB Cartonnages established of a full creativity and development centre in Paris, a centre equipped with a cutting table.

Please note the arrival this year of a new Heidelberg 6-colour printing machine at Cartotecnica Goldprint and of a new laminator at Cosmografica Albertini. 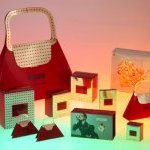 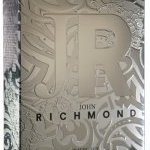