Industry: A new President for the FEBEA

Former Danone Director of Governmental Affairs Patrick O’Quin will take over as the President of the FEBEA (Fédération des entreprises de la beauté, the French federation of beauty companies) as from next July 1st, succeeding Alain Grangé-Cabane, who has been elected Honorary President.

He is a new face at the head of the FEBEA, the main trade federation representing the companies manufacturing and marketing cosmetic products in France: on July 1, 2014, Patrice O’Quin will succeed Alain Grangé-Cabane, who had been managing the organisation for 16 years.

“I’m convinced trade organizations play a major role in today’s complex societies. They have a double mission: expressing companies’ needs to politicians and government officials, and explaining the constraints of public services to companies. Besides, a Federation has a double duty towards its members: on the one hand, it represents them collectively before public authorities or the various “stakeholders” (the scientific community, NGOs, the media…), and on the other hand it provides its members with personalized services (regulations, social issues, exports…) for them to develop their activity in the best conditions,” explains the future President.

A former student at the prestigious French college ENA, which trains future top civil servants, Patrice O’Quin started his professional life in the public administration before joining the business world at Danone, where he was the Director of External Relations and Government Affairs for a little over ten years.

“I saw the cosmetics industry profoundly transform itself. First, it got globalized, and then it found a way to adapt to new society requirements: the environment, safety, and ethics. Rules and standards gradually became much stricter, but our manufacturers managed to anticipate regulations by implementing ‘good practices’. We were thus able to renew and revive our contract of confidence with our customers. As I’m convinced Patrick will know how to make our Federation reach new heights, I can only wish him to be as happy as I was as the President of the FEBEA,” declared Alain Grangé-Cabane, who was elected Honorary President, and who will sit as such on the Federation’s Board of Directors. 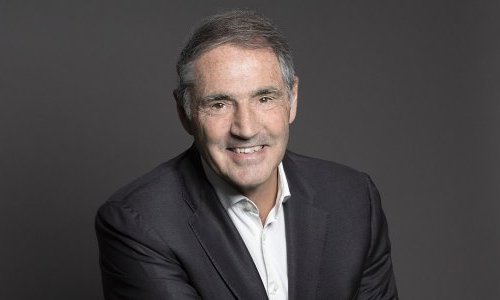 Home fragrances: Scentys is investing and innovating to meet demand