Cosmoprof Worldwide Bologna 2018 welcomed more than 250,000 visitors, the event’s organizers announced. The show saw an 11% increase in foreign visitors, as well as a record number of exhibitors. One of the strongest trend of this edition was the fast-past adaptation process of brands and suppliers to an increasingly digitalized beauty market.

“Cosmoprof 2018 registered astonishing results. The number of professionals attending the exhibition exceeded the 250,000 visitors of the 2017 edition; we recorded a growth by 11% in the presence of foreign operators. Record numbers also for exhibitors, 2,822, from 70 countries; they attracted an international audience,” said says Gianpiero Calzolari, President of BolognaFiere.

This year, the Cosmoprof Bologna show adopted a new format designed to better address the expectations of visitors and exhibitors. Hence, most of the show’s sectors were opened from Thursday 15 to Sunday 18 March 2018 (Cosmopack and all the sectors working in the retail channel, for perfumery and cosmetics, green beauty and the international pavilions). The sectors dedicated to the professional beauty channels (hair, nail and aesthetics & spa segments, with the country pavilions of China and Taiwan) were the only ones opened from Friday 16 to Monday 19 March 2018.

Almost entirely dedicated to the impact of digitalization on the beauty market, the show’s inaugural conference, which was organized by Cosmetica Italia, the federation of the Italian cosmetics industry, set the tone of the whole edition.

"Our daily habits and thus our consumption choices are being rapidly influenced and changed by the ceaseless move towards digitisation”, said Fabio Rossello, President of Cosmetica Italia. “For cosmetics companies, it is crucial to be able to transmit and consolidate our reputation and values in the world of digital information, social value included: indeed, this is increasingly considered to be one of the trademarks of our industry."

A transformation that the exhibitors already integrated into their strategies. "Business models are changing with the rise of digital and the process goes very fast, especially in China. We have no choice but to adapt. It is increasingly difficult to get customer loyalty, even for big brands. We must be in constant contact with customers, we are entering an era of co-development," explains Simon Menard, CEO of the perfumery and cosmetics brand Gellé Frères.

The sound is the same from the suppliers’ side where the operators are organizing themselves to meet the new flexibility, agility and reactivity requirements of the market. For instance, Brivaplast, the Italian specialist of mascaras, eyeliners and lip-gloss packaging, presented its Ready2Go service to meet the consumers’ new flexibility needs. Ready2Go is not a full service offer, but rather a catalogue of formulas developed by partners and previously tested with Brivaplast packaging.

Eventually, this year again, the show honoured the most significant innovations from both brands and suppliers, as well as a personality that has marked the industry. This year, the career Award honoured Jean-Claude Ellena, the famous "nose" of the Maison Hermes that attracted new attention to high-end perfumery. 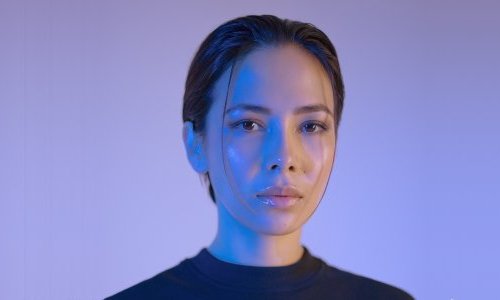