CosmeTokyo rides the J-Beauty wave: The next big beauty trend?

The continuing interest in Asian beauty products has now put Japan under the spotlights. With a growing demand for authenticity and efficacy in beauty products, Japan can play a role in its unique culture combining high-tech with ancestral know-how.

From 24 to 26th January, CosmeTokyo gathered beauty industry professionals on its 8th edition at a new venue, the Makhuari Messe exhibitions centre. The trade show hosted a new area this year with Inner Beauty Tokyo dedicated to beauty and health foods. As usual, the event was held in conjunction with CosmeTech - an exhibition focusing on suppliers of the beauty industry (ranging from ingredients and formulation to pack and services, when CosmeTokyo is devoted to finished products.

To support the growing trend for the Asia-made products with consumers, the organizers invited 100 social influencers and micro influencers to create a Beauty Buzz Talk around the show. “Marketing is as much important with micro influencers as with the other target consumers … We have to be present on social networks to support our exhibitors,” says Megumi Yanai, International Sales Director.

Japan’s taste for High Tech was confirmed at this year’s show with a number of stem cell-based beauty brands as well as nano ingredients or hydrogen water, and also an eclectic presence of beauty devices with ion technology or hydrogen-rich water diffusor for anti-ageing benefits.

… as well as natural and authenticity

In the same time, the boom of natural/organic beauty products in Japan was confirmed through a wide section of the show dedicated to a greened offer. The section also included products with traditional Japanese ingredients (soybean, seaweed, black yeast, etc.) and also local brands with organic cocoa, water from Mont Fuji or organic avocado or olive oil.

Confirming Japan’s ancestral know-how in the sector, the show also hosted manufacturers of traditional brushes were present (Chikuho-do, or Koyudo to name a few).

To help international businesses, the organizers of CosmeTokyo offered workshops and online webinars to help navigate the Japanese market and understand the local customs. They also held an international buyers’ program with a matchmaking service setting up over 500 meetings with buyers and exhibitors. All these actions certainly contributed to a general feeling among exhibitors that this edition of the show was marked by an increased internationalization.

The Japanese market is opening up recently and CosmeTokyo reinforces the idea with more exhibitors from the international scene but also visitors coming from Middle East, Russia, Europe or America. The market is quickly evolving and beauty products are no longer limited to a category of people. Make-up has attracted younger consumers for a while and the spending power of Japanese women has increased which has opened to market to foreign brands. Imports have increased in the recent years with the example of the success of specialised retailers such as CosmeKitchen or @Cosme sourcing Japanese but also international beauty brands …

Mixing tradition and modernism and renowned for their uncompromising attitude towards quality, Japanese beauty products are a strong competitor of South Korea, which have been flying high recently. They offer the perfect mix of performing products and strong cultural codes, thus addressing the quest for authenticity of increasingly sophisticated Asian consumers. So, watch out for Japanese brands! 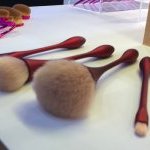 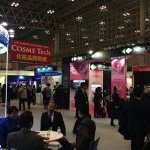 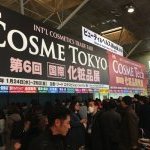 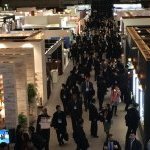 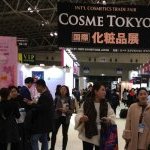