Bogart innovates in perfumes and enhances synergies with retail network 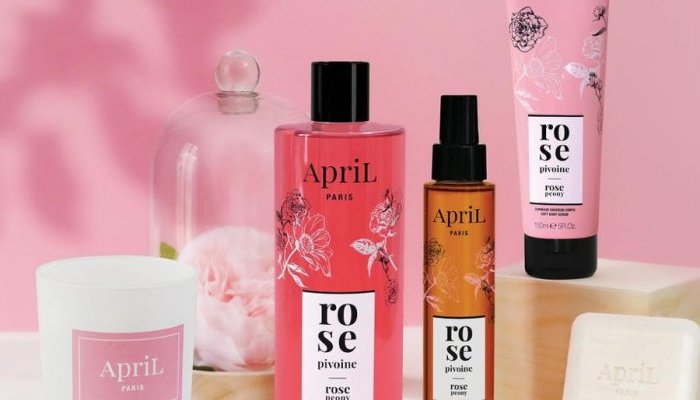 French based Groupe Bogart, who owns perfume (Jacques Bogart, Carven, and Ted Lapidus) and cosmetics brands (Méthode Jeanne Piaubert, Stendhal, April), holds the Chevignon licence, and has a retailer network of 380 perfume shops across the world, has scheduled several range launches or redesigns this year.

Speeding things up with perfumes

Carven, the group’s most dynamic brand since the Dans Ma Bulle perfume was created, will broaden their offering next May with a new men’s fragrances by Aurélien Guichard, perfumer-creator at Takasago, and then next September, this time with a new women’s perfume designed by Juliette Karagueuzoglou and Caroline Dumur, perfumers at IFF.

“We have been passionately reviving the Carven perfumes for eight years, and it is a real success. This year, this beautiful brand will become the group’s leader in terms of turnover. Our main value consists in offering total freedom of creation, while really listening to consumers’ desires, thanks to our retailer expertise,” explains Nicolas Dewitte.

Jacques Bogart has also prepared an ambitious launch for the Silver Scent line, which keeps making progress globally, in Europe, Latin America, and as far as Australia.

At Ted Lapidus, eight new fragrances called Stories by Lapidus were launched last November for a more affordable price: EUR 39 for 100 ml. “One market segment is not much developed in Western Europe: that of intermediate ranges. We will try to position ourselves on this segment with perfumes with an excellent value for money, so that we overturn the codes of traditional perfumery,” says Nicolas Dewitte.

If the General Manager revealed he is considering possible new purchases, he also announced a major innovation for this spring: the creation of a new alcohol-free perfume brand. Based on Symrise’s Innoscent technology, Néo Colognes has developed five intense fragrances free from alcohol. These products are made in France, in Bogart Group’s plants. “It is the first time a brand has offered clean, alcohol-free eaux de Cologne with a high percentage of ingredients of natural origin developed with a responsible approach,” says Nicolas Dewitte.

These Néo Colognes will first be launched via the group’s distribution network, starting from June, for EUR 79 (100 ml), and then through other channels. “Designed in less than a year, this development was possible because we listened to consumers’ needs, thanks to our distribution network and 1,476 beauty advisors,” emphasizes Nicolas Dewitte.

After completely restructuring Méthode Jeanne Piaubert, a year ago, the group is doing the same with premium brand Stendhal.

The formulas were reviewed to reach over 90% of ingredients of natural origin and the packaging was made more ecoresponsible, in particular by designing refills and removing both instruction leaflets and bolsters in all products. A new active, Elixir de Lys, developed at the R&D laboratory in the Pyrenees, has also completed the Stendhal range. “It is a natural active with anti-spot properties which evens out the tone and prevents the harmful effects on the skin of blue light, pollution, and the sun – an increasingly concerning issue for women,” explains the Deputy General Manager. In addition, the brand is about to relaunch its makeup line: vegan formulas and feminine, timeless shades in uncluttered packaging.

April, the private label of the eponymous network, also keeps growing. A few months after the successful relaunch of the bathroom line, they have sped things up with makeup: almost 500 new references are scheduled for October. “April is designed as a cosmetics and makeup brand to be deployed at other retailers,” explains the General Manager.

Deploying the retail network in the Middle East

“While everyone is closing down physical stores, we still intend to develop our retail network. We believe it is still important to exchange with our customers in physical stores, to smell perfumes, discover new launches, and get familiar with textures,” states Nicolas Dewitte.

Next perfume shop will open in May in the heart of Dubai, across 250 m2, and then four other store inaugurations are scheduled for June, also in the United Arab Emirates. The group aims to gradually open about thirty stores in the Middle East.

The e-retail part now represents 6% of the group’s turnover. They would like to reach 10% with a new website which will be operational next April in Germany, and then next September, throughout Europe. “E-retail should really be a plus for retail. It should be complementary and provide a new service. We will speed things up with our omnichannel strategy and develop the website accordingly.”

The group also made use of the tough year 2020 to implement an information reporting system from store managers to the group’s brand development managers. “The crisis emphasized the need to listen to consumers even more, so that we can offer products better-adapted to their needs. If we are successful with our direct contact system, we will have transformed this difficult year into an opportunity,” concludes Nicolas Dewitte.